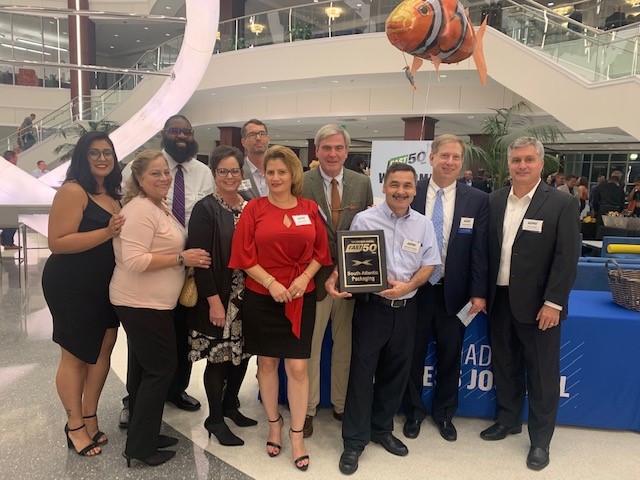 For the fifth consecutive year, South Atlantic Packaging has been selected as one of the 50 top-performing, privately held companies in Piedmont Triad region of North Carolina by the Triad Business Journal’s annual “Fast 50” awards program. The awards were announced at a gala event at High Point University and featured in a special “Fast 50” section of the business journal.

The awards are presented annually by the business journal, celebrating the successes of private businesses headquartered in the Triad, and their strong impact on the region’s economy. Through a confidential process, nominations are submitted to an accounting firm which verifies each company’s revenues during the preceding three-year period. The firm then ranks nominees based on a formula that factors in both dollar and percentage change for their three most recent fiscal years.

“We are honored to receive this award and recognize that our success is built upon the trust of our customers, the contributions of our team members and leaders, and the support of our families and vendors,” said Julian Bossong, South Atlantic CEO.